Posted on May 2, 2018 by constantcommoner

Okay, It’s come to this:

I’m a writer. I’ve been a writer for most of my life. But if being a “writer” means you’re getting paid for your work, then I’m not that. Not any longer. There was a time when I could list my occupation as “writer” on our 1040A, but those days are long gone.

I’m just going to say this, hoping I don’t cry: I don’t remember the last time someone paid me for my work. Those days are such ancient history I  can barely remember what it was like to hold that check in my hand, kissing it wildly before cashing it. (Do they still pay by check? I wouldn’t know.)

I had a nice little writing career going there for a while. (Want to see my Linkedin profile? It’s right here.) Yes, I call myself “professional”, but it’s getting harder and harder to say it with a straight face when nobody wants to pay me. 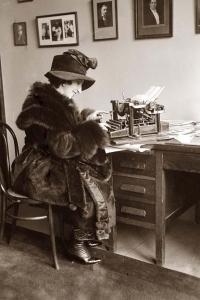 I wrote an entire chapter on marketing once, in a book sold through Writer’s Digest, but whatever I wrote back then isn’t helping me now. Not now, not since the Internet exploded and nearly every writer struggling to be paid gave up long ago and took to begging venues to publish their works for free.

When I was teaching creative writing, again before the dreaded internet, I gave my students advice like this: If you want to get paid for your work, never, ever, ever give it away. Have some pride! Write well enough to be paid, expect to be paid, and you WILL be paid.

You may or may not have seen my other, bigger blog, Ramona’s Voices. It’s about as liberal as it can get and not for everybody. I guess. (I don’t hide how I feel about that squatter in the White House, so if you’re a Trump fan, fair warning: Don’t go there.) It appears at a few other places, and I love that it does, but I can’t lie–I would love it even more if actual money changed hands.

I’ve been writing that blog for more than nine years, since January 20, 2009, when Barack Obama took the oath of office and became our president.  I thought I would stop writing it on January 20, 2017, when that guy Trump crossed his fingers behind his back and swore to uphold the office of the presidency.

But how could I stop? I set out to save the country and I failed miserably. Under my watch, despite my yowlings, my pathetic attempts at humor, my blatant wishing upon stars, I couldn’t convince enough voters to take the high road and throw the bum out.  Trump won.

Or so they say.

My plan all along, once I saw that some of my pieces didn’t suck, was to go through all eight of the Obama years, pull out the best, and publish them in book form.  The problem–and I knew this–is I’m a nobody. Why would anyone read a compilation of blog posts that hardly anyone read the first time around? Maybe they wouldn’t, but the reason I wanted to put them in book form is that I’ve never in my life published a book. And I really want to.

I  have two other books in manuscript form, almost finished, crying to be published. Plus, before I leave this planet, I have a hankering to be a syndicated Op-Ed columnist.

So you can see why I have to get cracking.

But I need help. I’m a writer who shudders at the thought of self-promotion. I want to write, I want people to read what I write, and I want to get paid for it.  I do. But I want someone else to be my pusher.

Can anybody out there help me? Do you know a…let’s say…an agent…(cough) who might take me on? One who can figure out how to get someone to like what I do and maybe even pay me for it? Can you put in a good word for me?

I wouldn’t ordinarily go this route–and I never would have recommended it to my students–but–and here’s another thing that might stop this whole plan in its tracks–I’m getting really old.

I know this is a route no one in their right mind would recommend, but it’s far better than Plan A, which was to paint myself in purple prose, make enormous wings out of my old manuscripts, and soar off of the roof of the Algonquin Hotel. During rush hour.

So can you help? I’m really a very nice person and not nearly as pathetic as this might seem. I can give references.